Derbyshire
This year we headed off to Derbyshire and on our way enjoyed a guided tour of Lichfield cathedral where we viewed the "Litchfield Angel", a limestone panel dated c800 AD, discovered during the installation of a retractable platform in 2003. It comprises three separate segments which are thought to have formed the corner of a shrine chest, possibly that of St Chad.
On Saturday we spent a full day at Chatsworth, the seat of the Duke of Devonshire, the original Tudor mansion having been built in the 1560s by Bess of Hardwick. We had a guided tour of the house and also had plenty of time to enjoy the extensive gardens. There were mixed views about the modern sculptures which were spread around the grounds.

Sunday saw us accompanied by an excellent Blue Badge guide who took us around the Matlock, Bakewell (some of us managed a Bakewell pudding with our coffee, not to be confused with the better known Bakewell tart) and Buxton area, taking in Monsal Head.

Our guide then led us on a walking tour of the spa town of Buxton, pointing out such features as the Devonshire Dome, the largest unsupported dome in Europe and The Crescent, 1780-1786, by John Carr. After the tour some of us then sampled some Buxton pudding with custard while some of the less able took a tour on the Victorian tram ride.

We ended the day in the sun at Carsington Water Nature Reserve where some of us visited the hides from which we watched a flock of lapwings.

After our meal, Saturday evening was occupied by our annual quiz, won by a single point by "Clover" (Tom Cox, Trina Croser, Diana Hill & Sylvia Walker). We had three rounds of general knowledge and two speciality rounds. One included the outline of countries to be identified, made more difficult as they weren't to scale. The other comprised anagrams of ten well known people in the village which had a few heads scratching!

On the way home we had either a walking or buggy tour of the National Memorial Arboretum, 150  acres of maturing woodland. We were interested to learn that it is not only a memorial to service personnel but to the police, fire service etc.  Certainly a place for a revisit.

Our final stop was at Baddesley Clinton (NT), a moated manor house which was owned by the Ferrers' family for over 400 years. Here  we were shown the priest's hole which ended in the sewer!

We then returned to Box after an extremely interesting and enjoyable weekend. 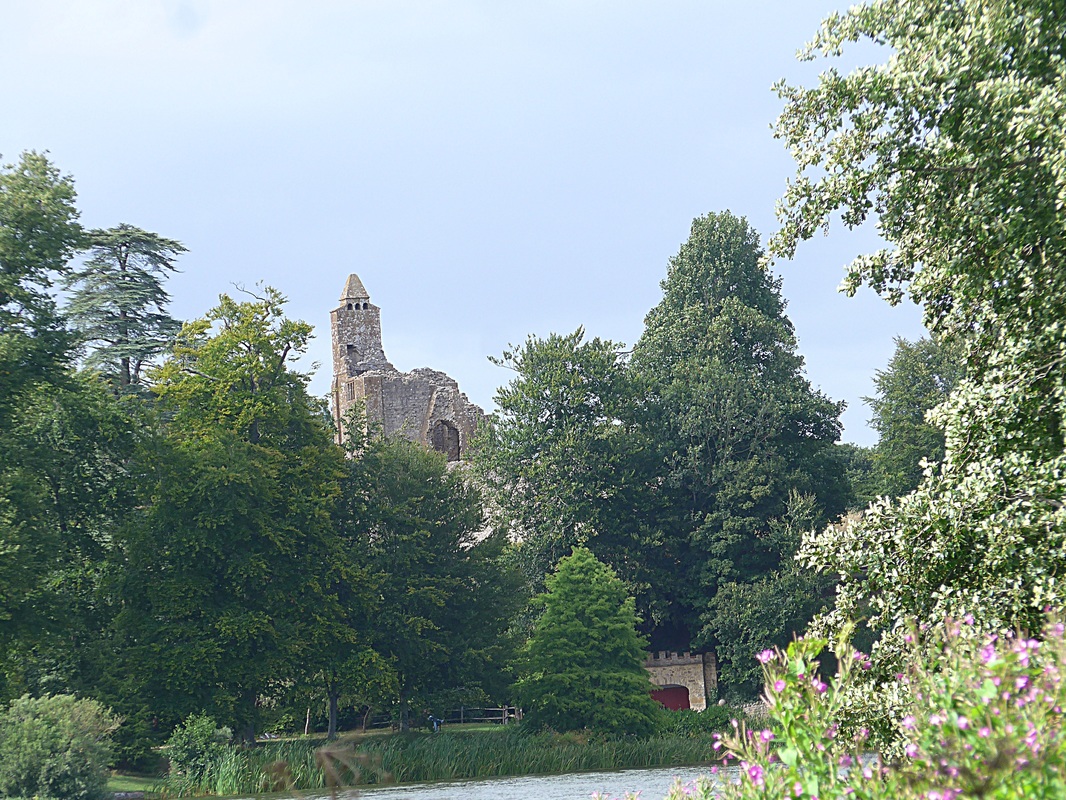 Wick Golden Valley
Ochre can be used to make colours such as Venetian Turkey and Indian Reds, and also paints and varnishes. There is very little left of the works, which closed in the early nineteen seventies but the winding shed was restored in 2007 and is a grade II listed building for all to see.

The works was powered by the fast flowing Boyd River along which dippers and king fishers may be seen and if you are lucky, as we were on a recce, a peregrine falcon. There is a designated bat trail as the valley is home to at least eight species of bat.
After a two hour walk through the valley we retired to a local hostelry for an enjoyable lunch. 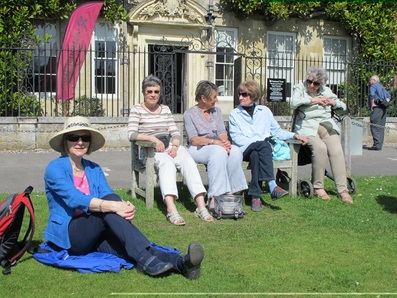