Maurice reassured us that UK butterfly conservation is not all bad news because although some species are in decline others are increasing.   Agri-Environmental Schemes which first started in Scotland may partly explain the long-term trend of a 27% increase in Scottish species compared to a 30% decline in English species.  Another factor is climate change with some species better adapted to Scotland’s lower mean temperatures.

The job of the Trust is to identify and prioritise the species most at risk and take action.  One success story is the reverse decline of the Duke of Burgundy, a small orange and brown butterfly looking like a Fritillary.  Their caterpillars feed on cowslips and primroses which means management of woodland and fields to ensure there are light and clear glades where these plants grow best.  One of the Duke of Burgundy sites is West Yatton Down and, as Maurice is the proud owner, he is in the perfect position to make sure it is encouraged to thrive.  The Marsh Fritillary, also assessed at risk and now recovering its numbers, is also seen at West Yatton Down.

We were shown stunning photos of many different species including the Chalk Hill Blue and Adonis Blue, both at West Yatton Down.  In our neighbourhood, the first blue butterfly we see is the Holly Blue, feeding in spring on holly and in summer on ivy. The most common blue butterfly is aptly named the Common Blue.  Another success story is the re-introduction of the Large Blue after becoming extinct in the UK in 1979.  After their caterpillars feast on Wild Thyme and Marjoram, they invade red ant nests and fool the ants that they are ant grubs and so get fed.  What, in fact, they are doing is feasting on the real ant grubs for 10 months before pupating and emerging as butterflies.

We owe a lot to Maurice and his fellow Wiltshire Butterfly Conservation members, now with hands-on support by President, Sir David Attenborough, for their dedication to this work over many years throughout the UK and abroad.  There are 2 ½ thousand moth species and 57 butterfly species.  A butterfly can be distinguished from a moth by the knobs at the ends of its antennae. 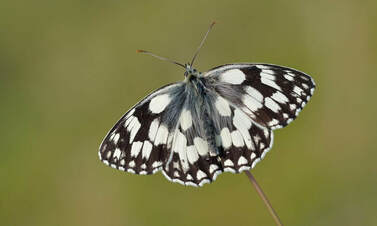 This month a large audience of NATS members and visitors were given insight into the search in Chippenham for possible archaeological evidence to support the known importance of the town as a Saxon settlement.  Mike Stone, author, lecturer and archaeologist, and erstwhile Curator/Manager of Chippenham Museum and Heritage Centre told us, in a lively and engaging way, of investigations made over the years to try to fill the void left by  the lack of written evidence from the period.

It is known that Chippenham had an important part to play in the conflict between the Saxons and the invading Danes and Vikings; that the Danish King Guthrum retreated to Chippenham after his encounter with the Saxon King Alfred at the Battle of Edington in 879.   Bishop Asser, in 853, had recorded the marriage between royalty from both sides “ in the villa regia called Chippenham". The implication of this description is that, as the centre of a royal estate,  the vill, would have contained important buildings including a church, palace, dwellings and possible defences.  Deductions were made as to where this settlement might be by taking into account the lie of the land, a probable elevated area, within a loop of the river, which would have provided some defence, the most likely place being  at the site of the existing Market Place and the area near St. Andrew’s Church.

Many small digs have been made over the years whenever there was re-development in the area, though earlier opportunities were missed before the current practice of always involving archaeologists became a statutory requirement.  So every opportunity was taken to dig up small areas wherever possible, including in people's back gardens and even inside the Museum when it was being refurbished.  These digs yielded Roman, Norman and mediaeval finds but practically nothing from the Saxon period.   A conclusion was reached that extensive Victorian quarrying of the land for rebuilding had possibly removed many of the Saxon remains.  However there were a few tantalising artefacts which came to light in the form of some Saxon pottery, a middle Saxon stylus and a Saxon loom-weight.   It is hoped that more may come to light with further archaeology in years to come.

Margaret Wakefield
Tuesday 15th January 2019
Enigmatic Inscriptions from the Past: A presentation of Wiltshire's historical graffiti by Tony Hack, the Wiltshire Medieval Graffiti Survey
Tony gave us an engrossing talk on graffiti found on many older buildings, including churches.

There are many apotropaic symbols which were thought to protect buildings, both churches and secular buildings, and their occupants from evil entities. They appear in many forms, mainly geometric, and are usually sited near to doors and windows.  The belfry at Bath Abbey has some splendid examples.

The Marian symbol is a geometric protective mark, usually made up of two ‘V’s which often intertwine in the middle, to form an inverted ‘M’, or upright ‘W’, representing the Virgin Mary. 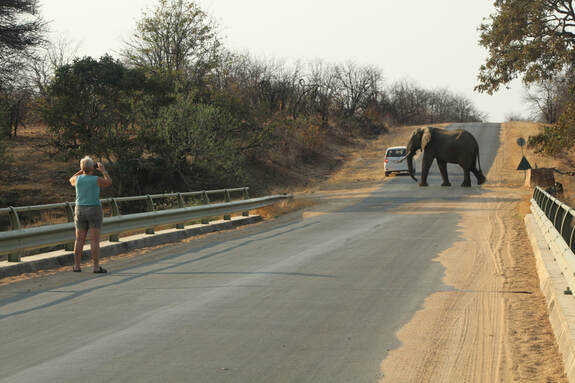 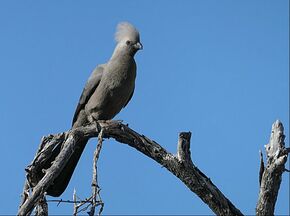 The Kruger National Park covers an area of 7,500 square miles, is 220 miles north to south and 40 miles east to west.  It became South Africa's first National Park in 1926.

Kevin Ford transported us to the park  where he with his wife Annie and several friends had spent some time exploring in self drive 4x4 vehicles. They travelled the length of the park staying in different camps along the way.

They were under strict instructions that they were not allowed to leave their vehicles except for some designated areas and had to be back in their camp by 6pm as some animals sleep on the warm tarmac.  At the camp sites were rangers who indicated where they might head  in order to obtain sightings of  some of the more interesting animals.

Kevin showed us the route his party took together with some stunning photos, illustrating in various cases how well some of the wildlife are camouflaged. He explained how different species interact with each other, such as the Go-Away bird's (photo right) warning to small mammals that a predator is in the vicinity.

As usual we ended our December meeting with coffee, tea and home-made mince pies supplied by Pat Davies. 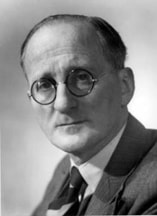 Sir Nikolaus Pevsner (from Wikipedia)
The Pevsner Architectural Guides are a well-known series of books looking at the architecture of Great Britain and Ireland.   The guides for England were divided up into counties. They were compiled and published between 1951 and 1974 and were the brainchild of Sir Nikolaus Pevsner, an art historian.  The original series were published by Penguin Books.

Our speaker, Julian Orbach is an architectural historian and briefly worked with Pevsner in 1975.   Later Julian was asked to compile guides for three counties in Wales by Yale University Press.   About four  years ago, Julian was invited to revise and update the Wiltshire Guide which was first published in 1963 with a revised edition issued in 1975.   Julian explained how Pevnser would visit historic or interesting buildings, inspect the interiors and take notes.  As far as possible, Julian has revisited these places of interest and has added new and unusual facts.

Each county book is laid out with the parishes in alphabetical order.  This means Box is near the beginning of the Wiltshire volume. Julian plans to expand the Box entry to take in houses like Box House and Fogleigh House, as well as enlarge the entry on Brunel’s masterpiece, Box tunnel.  He also highlighted the Cemetery Chapel in Box, which was built of Box stone in 1857 and has some fine architectural details. He pointed out that historic houses like Great Chalfield and Hazelbury Manor were often altered architecturally over the years. In both cases their front facades were changed.  Internally, fireplaces would be installed in old houses, which may have no connection with the building, so it would be a question of identifying their origins.  Many examples were shown and other important houses mentioned during the evening. The revised Wiltshire Guide is scheduled for publication in 2020.

This was a fascinating talk and inspired the audience to plan visits to the various places of interest mentioned during the evening. 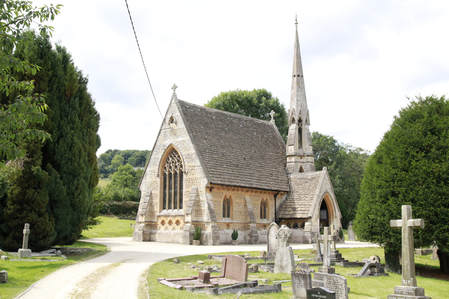 rightBox NATS started their winter programme with a full audience for the Annual General Meeting chaired by our indefatigable chairman, Jenny Hobbs. She reviewed the activities of the last 12 months (talks, outings, weekends away, Revels Stall and walks) and wetted our appetites for the society's 50th Anniversary Luncheon planned for April 2019. Watch this space for details.

This was followed by a marvellous talk Out of the Earth, Bath’s Mineral Wealth: Coal, Stone and Clay by Stuart Burroughs, Director of The Museum of Bath at Work. Stuart's breadth of knowledge is quite remarkable. He took us on an architectural tour of Bath from the Romans to Ralph Allen's Georgian buildings and ended with the Victorian estates at Oldfied and Twerton, built close to the clay pits (below right) where red bricks were made in profusion and shipped out on the Midland Railway line. Then he reviewed the minerals themselves from limestone fertiliser, through fullers earth at Tucking Mill used to process margarine products, and ended with coal which was mined to the west of Bath (below left).

We were fascinated not only by the photos Stuart showed but by the insights he revealed connecting Bath's mineral history with the story of Box village. He explained how the abundance of spring water came from the fault lines between oolitic rock and underlying clay layers, and gave us the origin of the names Fuller, Tucker and Walker in the village. He included Jane Austen references by explaining how many Bath properties were speculative builds for the autumn and spring balls and indoor entertainment referred to in several of Austen's novels. In Georgian language, the evening was a marvellous way to start the "Box NAT's Season" in our anniversary year.