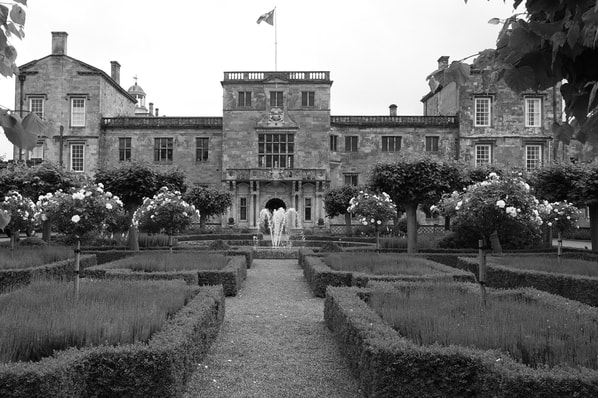 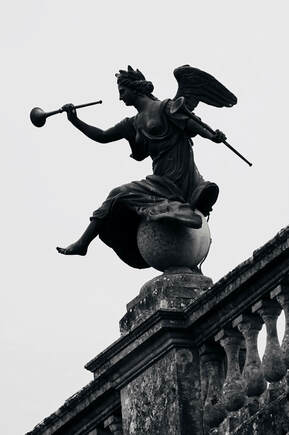 A trip to Wilton House was just the tonic on an overcast, rainy day in June.  Wilton House has been the seat of the Herbert family since 1544 when the estate was granted to Sir William Herbert by Henry VIII.  It was built on the site of Wilton Abbey until its dissolution in 1539.  Successive generations of the family made alterations to the house to make it what it is today.  In the 17th century, Inigo Jones designed the State Rooms including the single cube and double cube rooms – magnificent Palladian rooms with ornate decorations including painted ceilings with various narrative scenes.  In the 19th century, James Wyatt redesigned the house, adding cloisters round the quadrangle to allow easy access to all the principal rooms and moving the main entrance to the first floor.  After an introductory film with the late Anna Massey, we were free to wonder around the house and marvel at the wonderful pictures in each of the rooms.  Wilton House is renowned for its art collection which includes works by van Dyck, Pieter Brueghel, Rembrant van Rijn and Richard Wilson.

The grounds of Wilton House are a mixture of flower beds and parkland with some splendid trees and the attractive River Nadder as one of its borders. The sight of martins and swifts swooping over the River Nadder catching insects was an added bonus to the enjoyment of the visit.  The Palladian bridge over the River Nadder was the first built in this country, to be followed by one each at Prior Park and Stowe.

The town of Wilton dates back to the Anglo Saxons in 8th century AD.  Until the 11th century, it was the capital of “Wiltunscire”, a shire of the Kingdom of Wessex.  Wilton Abbey was founded in AD771.  In AD 871 Alfred the Great lost an important battle against the Danish armies.  Wilton remained a prosperous town until Salisbury Cathedral was built and the new town of Salisbury grew and became the capital of the county.  In later years, Wilton was famous for its carpets and for being a garrison town.  It continues to be an attractive town to visit.

We enjoyed a unique chance to discover Rudloe and the lost village of Boxfields, Box Highlands School and the Thorny Pits Estate, once used to house workers in the underground factories in 1941-42 and in 1956 for Hungarian refugees. We found the site of Rudloe Firs and Brewer’s Yard, then  to Rudloe Towers, built by the Pictor quarry-owning family. Our route then followed the edge of Clift Quarry, before looking at the 20th century site of Burlington Bunker and the Ark Data estate where much of the country’s worldwide web information is stored (known to you and me as The Cloud even though it’s underground.

Caribbean Flamingoes
​Bewdley is an inland-port, once a trading centre for iron, timber, coal goods. Its river-fronted warehouses are on one bank of the Severn only, magnificent Georgian buildings, shops and residences. The town was clearly fabulously wealthy in the late 1700s and the authorities commissioned a new stone bridge to be built by Thomas Telford in 1795 to replace an older medieval river crossing. But suddenly, it lost its trade when a new port was built further up the Severn at Stourport, leaving Bewdley now as a historic, tourist destination, trapped in time. Worthy of note is the outdoor museum and park in the centre of the town. The area was once a butcher’s shambles and featured aspects of the town’s history including ropemaking and a brass foundary.

Our coach party set off again for Stourport, near Kidderminster. The town is on a hive of canals, canal basins and wharfs. It served as an early terminus for trade between Staffordshire and Worcestershire as the Industrial Revolution developed manufacturing in the Black Country and became a junction point for the Birmingham Canal. From a humble village in 1771, it developed into a substantial town within thirty years with grand buildings such as the Tontine Hotel. But then further transport changes led to the development of a direct canal between Birmingham and Worcester in 1816 and its great days were over. And our wonderful day out also came to an end as we returned home.
Alan Payne
Powered by